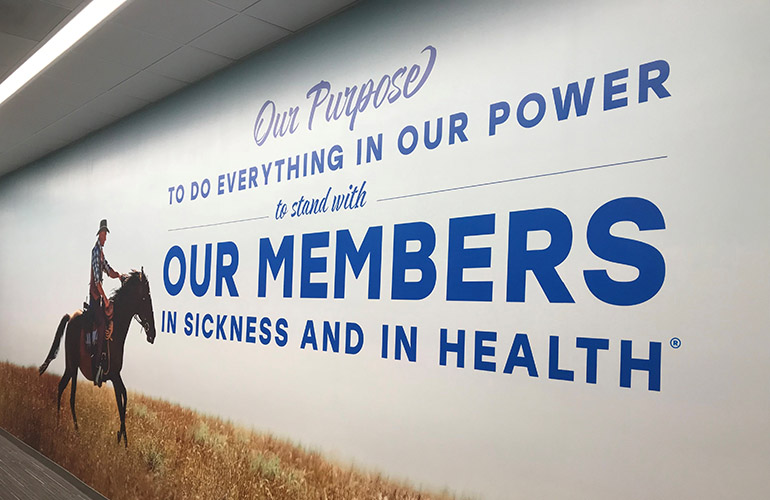 ABILENE, Texas — In 1997, when Blue Cross and Blue Shield of Texas (BCBSTX) opened the doors to its new office in southeast Abilene, there were roughly 200 employees. Now, in its 25th year, the BCBSTX Abilene office is one of the city’s leading employers, with a workforce of more than 1,000 — many of whom are veterans.

When BCBSTX opened its Full Service Unit (FSU) on Feb. 3, 1997 to support its Federal Employee Program (FEP), the company was driven by the philosophy that it could better serve its members by expanding beyond its Richardson headquarters into local communities like Abilene.

The Abilene office, which became the first of what would be a series of FSUs situated across the state, has played a key role in BCBSTX providing assistance to more than six million members in Texas and beyond.

“As Texas’ largest health plan, it’s important for us to have a presence in communities throughout the state to provide the kind of service that’s at the heart of this company’s values,” said Jim Springfield, President, BCBSTX. “Our Abilene office has established itself as an employer that truly cares for its team members and the surrounding community. The entire BCBSTX organization is proud of this milestone and we look forward to many more years in the city.”

The Abilene center ranks among the city’s top 10 employers, a distinction made possible largely through its association with the Development Corporation of Abilene (DCOA), the organization that was instrumental in bringing BCBSTX to the city.

The partnership and commitment to Abilene is as strong as ever. In 2017, BCBSTX invested in a significant office remodel to help with a revitalization effort afoot in the city. The extensive renovation gave a much-needed face lift to the office work areas and included such amenities as an on-site gym and cafeteria to foster an inspiring and healthy work environment.

“The partnership between the city of Abilene, the DCOA and Blue Cross and Blue Shield of Texas is a great example of how economic incentives can attract new investment in communities like Abilene and help employers create as well as retain jobs,” said Mayor Anthony Williams. “Blue Cross has demonstrated a strong commitment to Abilene for 25 years. We look forward to continuing to work with them and their employees to ensure the strength and vitality of our community for the next 25 years.”

In addition to investing in the office infrastructure, BCBSTX is also investing in its employees by implementing comprehensive training programs and offering competitive salaries with benefits. The Abilene center trains and employs customer advocates, claims adjusters, and case managers, who are typically registered nurses or nurse practitioners.

“It’s been an honor for us to play a vital role in the Abilene business community and a great source of pride to see our team members actively support local organizations like Big Brothers Big Sisters, Meals on Wheels and the Food Bank of Abilene,” says Michael Garcia, Senior Director of Customer Service, and lead BCBSTX officer for the Abilene Center. “We’ve worked hard to create an environment where our employees can make a difference both at work and in the communities where they live.”

An event is being planned for later this year to commemorate the BCBSTX’s 25th anniversary in Abilene. Details will be released when finalized.